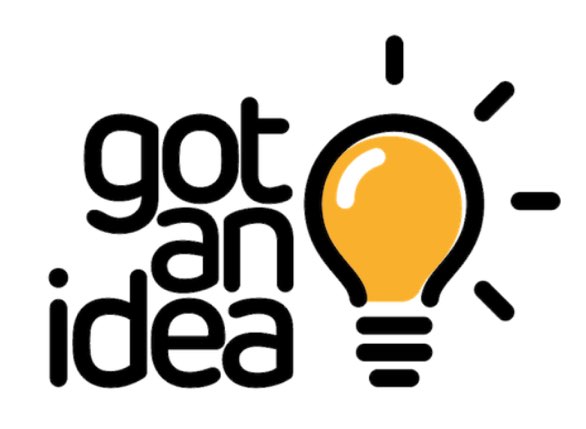 When you run a business, you need planning and in-depth analyses. However, everything cannot be achieved by logic alone. As per a leading philosopher from French origins “Gaston Bachelard,” behind every famous scientist is a child who was drawn to fire irrationally. When reason and logic are amplified by the notion of emotions, it draws the power to motivate and inspire more individuals –more than facts and figures alone could. A group of workers that is inspired emotionally tends to achieve much more than the assigned job alone.

What is the Amazement Cycle?

The term “amazement” was first coined during the 16th century. It implied bewilderment. Later on, it acquired the positive meaning of energization & inspiration.

The age that we live in is highly unprecedented –especially as far as the domain of technology is concerned. For the beginners, let us consider some of the high-end advancements in technology like the advent of smartphones, big screens, personal translators, replicators, and so more. While these are highly functional and practical to our day-to-day life schedules, when we connect emotions with the same, it can convert the whole scenario of excitement to something tedious.

Initially, with the launch of any advanced, new technology, we firstly get anxious about it. Later on, anxiety gets transformed to curiosity and then, inspiration during the final stages. We become inspired by how these technologies unlocked before us. However, once we have used the technology to its fullest potential, we easily become bored by the constant utilization of familiar themes. This cycle of emotions is referred to as the “amazement cycle.”

Dynamics of the Amazement Cycle


Let us understand the entire journey of the amazement cycle to observe the underlying patterns of emotions and connect the same with logic. Using the same technique, we can harness the power of emotions and ideas.

We star the journey by analyzing what is unknown to us. We start by sensing the difference –sometimes even as a challenge to the current behaviors or beliefs. However, we might end up not understanding the entire idea or concept –let alone the internalization of the idea. As a result, our reaction to the same is of worry and caution.

A famous embryologist from Germany, Karl Ernst von Baer, observed that the cycle of truth is known to traverse across three stages –initially, people say it is not true, then people call the same against the religion, and finally, we realize that we knew the truth all along.

The respective emotions of denials and resistance are prevalent in the history of the origin of our species. When our ancestors found something novel, like the hustle of the nearby bushes, it was considered as the best action to get cautious and take flight. However, in the modern era, this is not the only option that we have.

Just like our ancestors, who back then looked at the fire with curiosity instead of fear, we give into intrigue after worrying at some point in life. If you wish to nurture the notion of intrigue in your personality, it is recommended to indulge in some play & experimentation. During the early stages of the development of a business or idea, we keep competing on our imagination during the early stages. At the same time, it is recommended to lower down our restrictions on imagination and curiosity to unveil the hidden possibilities.

Amazement & innovation turn out to be inherent social processes. Intrigue is known to give way to inspiration. The feeling of inspiration not only makes us feel curious, but also energized by the availability of possibilities that we start observing. We start owning the idea while feeling the need to share the idea & excitement with others.

Whether we get attracted to a novel idea or not, there are higher chances that original champions of the idea would continue propagating the respective gospel. However, at this point in time, we start getting bored by the concept of repetitive messages. While intellectually we might realize that there is a need to embrace the given idea, still emotionally, we start resisting the message. We become resentful with the idea of becoming a part of someone else’s promotional scheme.

Boredom is known to play a vital role in the amazement cycle. We can consider the same as a legitimate part of the amazement process. We cannot always remain at the highest pitch of excitement. Once we have encountered the birth of an idea or business, it is quite a natural process to get bored of the same eventually. In the modern culture in which there is an abundance of purposefulness & inspiration, it becomes imperative to understand the importance of the notion that comes after inspiration & amazement.

Towards the later stages of business or idea execution, the concept of repetitive emphasis might become positive annoying. As such, most individuals would prefer ignoring the same and moving to the next idea of intrigue.

How to Harness the Amazement Cycle?

There is no denying the fact that the amazement cycle is known to comprise of emotional ambivalence. During the multiple stages of experiencing novelty, we encounter a wide range of emotions including worry, intrigue, and inspiration. Once we are able to understand the given dynamics, the leaders of the world can develop an increased awareness about the interconnection of emotions, ideas, and timing –all of these lies at the ultimate core of innovation.

By leveraging the latest technological trends and ideas, Amplework is dedicated to boosting the productivity of any business by capitalizing on amazement cycle. Get the most of the IT-related services offered by Amplework to ensure the best results with your endeavor.

Our developers are ready to join your team and build amazing mobile & web apps.

Explore
Manu Namboodiri Founder, Flawless Plank “Flawless Plank was an AI based fitness application and we are glad we get a chance to work on this project with Amplework. They have excellent skills in building mobile apps and willing to work around issues to solve them .. Highly Recommended!”

Do you want to hire resources for your project?

We have web and app development teams to serve modern tech-savy client by bidding on the challenges on their bespoken requirement.

Are you a startup and want to go live asap?

We have been working with startups since our inception and help them scale as they grow. Our experience can help you refine your business ideas and get into the market asap.